Sarcophagus is a game about realizing death. The characters become trapped in a bomb shelter following a nuclear explosion, and gradually realize they have no escape; the shelter will become their Sarcophagus. 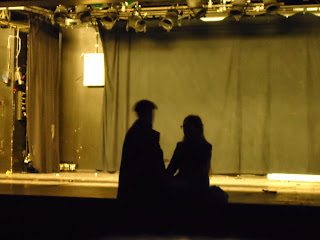 In this game, there is no way to escape the setting and the level of conflict is low. Sarcophagus does not revolve around solving problems or playing dramatic scenes, but rather around the tense
atmosphere in the shelter as the characters submit to their fate.


Genre: Contemporary tragedy
Playing time: 4-6 hours including workshop
Number of players: 5-50
Number of organizers: Minimum 1. Good to have some helpers, particularly if you have many players.
Playing style: Realist
Location: Bomb shelter, other dark basement, or black box theater. It should be possible to turn off all the lights in the room.

Email ThisBlogThis!Share to TwitterShare to FacebookShare to Pinterest
Labels: Promotion