“People tend to forget that the world we live in is just a game designed by our governments. Our economic systems are just a game.”
- CCP Chief Executive Officer Hilmar Petursson to the Wall Street Journal 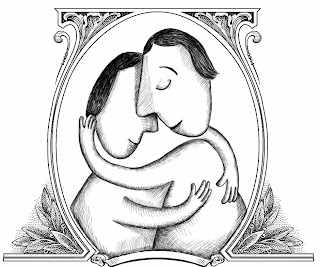 Hug Street takes place in an alternate reality. Instead of selling and buying shares, stocks, and derivatives like on Wall Street, players trade in hugs, handshakes, “aaahhhs” and “mmmmms.” But a recession is coming - will you be able to steer through this crisis without going under?

The game explores an economy where the goal is spending, not saving. In this world, consuming is a positive act, as long as you consume positively, for the good of everyone.

During the game, the traders swap simple products such as hugs, handshakes and vocal sounds. You choose what products you feel comfortable selling and buying. The money you don't use rusts, and by a reversed lottery you can risk losing everything, in which case you’ll have to start from scratch. But since everybody is dependent on everybody else for the economy to function, we all wish you back in business as quick as possible. In Hug Street, not having is a resource just as much as having, as long as you are willing to trade, and having is not worth anything if you keep your resources to yourself.

The larp follows a working week in the life of a Hug Street trader. From Monday until Saturday you will sell and buy hugs, handshakes, sounds. We will experience both an expanding and shrinking economy, and a gradual opening up of the market, where you move from trading with the basic products to design your own.

Number of participants: 6-12 works, and 8 is perfect, though it’s possible to up- or downscale
Number of organizers: 1
Time: 3-4 hours.
Genre: Stylized realism - comedy by accident
Playing style: What you see is what you get; aim for 360 degrees of realism
Organizer style: Leading the exercises. Giving and taking money during every round. Starting and stopping every act. Contact person during game. Playing as others do.
Location: Preferably a space with a circle of chairs and some open room. If that is not possible, you can use one room, removing the chairs whenever the characters are not on the trading floor, or two rooms – one with chairs and one without.
The Trading Floor: An open space, such as a large living room or black box theater.
The Financial Club: A circle of chairs where traders meet to discuss the transactions of the day.