In a world of perilous adventure and dark dungeons filled with precious riches, one group of aspiring adventurers are having their first day in a new job, and it’s not quite working out as planned. The Hirelings is a role playing game in which you play out the preparations and the aftermath of a failed dungeon crawl. 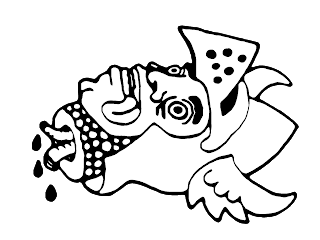 The Hirelings draws heavily upon cliches from fantasy role playing games such as Dungeons & Dragons, video games, comics and fantasy literature. In addition there are also elements from modern life, like job interviews, group therapy, sports and team building. The characters in the game are all novice adventurers, who are preparing to head out on their first real quest.

The game is divided into five parts: A pre-game workshop, three acts describing the preparations, the implementation and the aftermath of a dungeon crawl, and finally an epilogue and allotment of experience points.