World War II is raging. France is crushed beneath the slightly wobbly iron heel of the German war machine. In the village of Nouvion, people are going on with their lives as best as they can. Communist and Gaullist partisans are fighting the Germans as well as each other, while the German
soldiers are following Berlin’s orders with varying degrees of zeal. The more forward-minded of them recognize that one day, the war will be over, but at the moment there is still no end in sight. 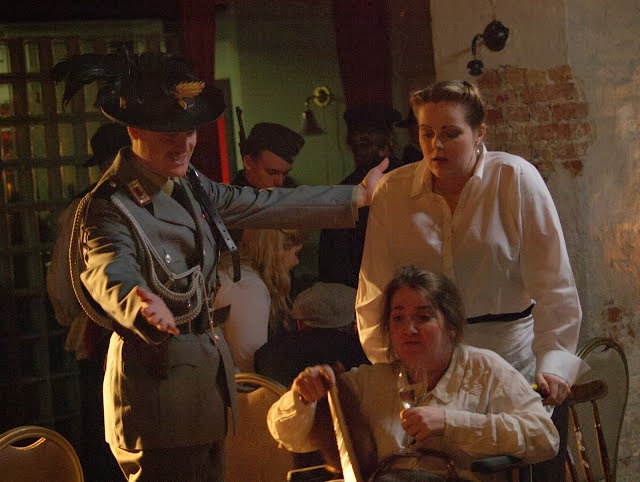 The social center of Nouvion is Café René. The café and its employees are constantly being dragged into new intrigues, involving—among other things—the Fallen Madonna with the Big Boobies by van Clomp, a cuckoo clock and a couple of downed British pilots…

Café René is a humorous larp, a pastiche of the BBC series ’Allo, ‘Allo. It is
designed to be played in a couple of hours.


Posted by Larpfactory Book Project at 9:00 AM